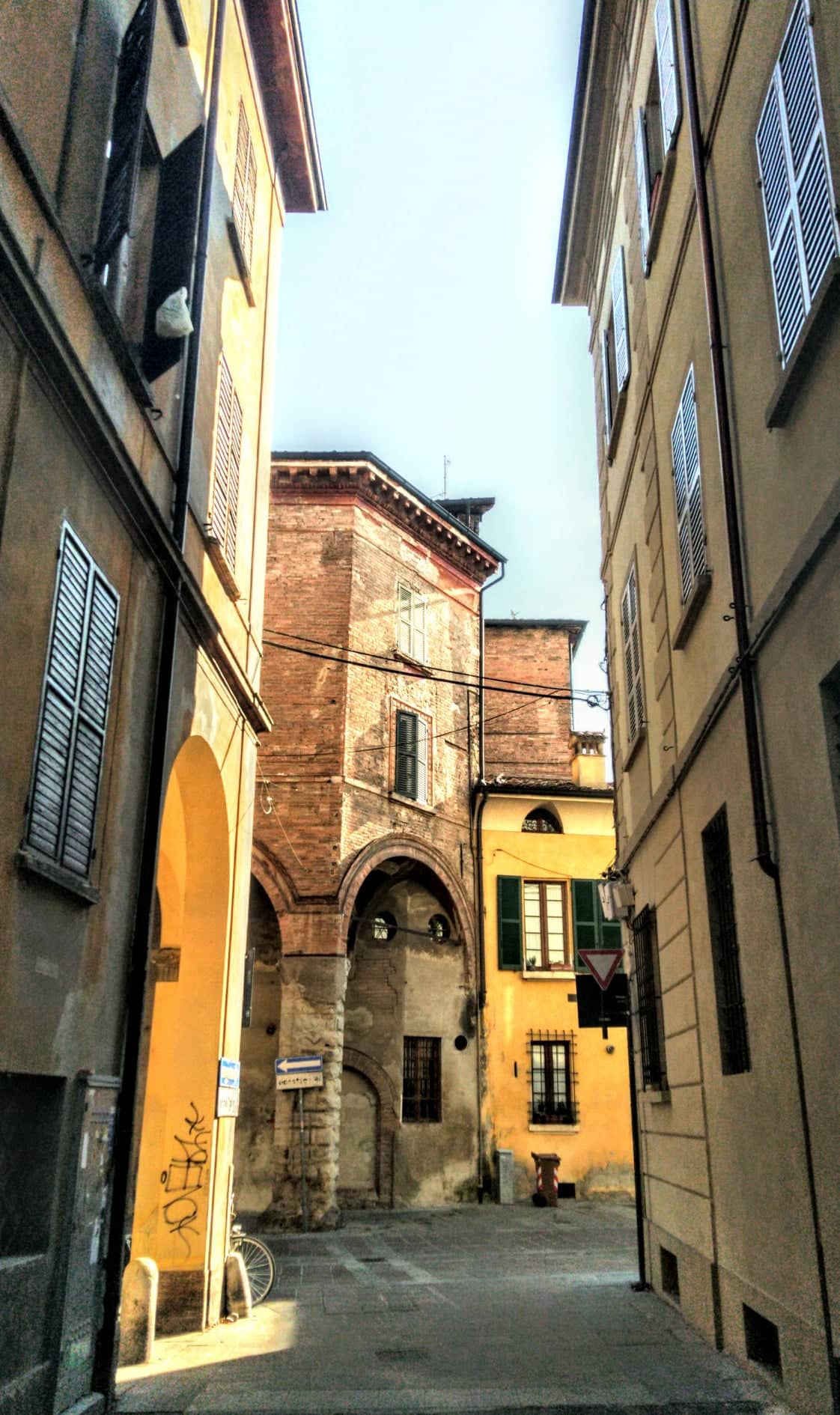 The Educational Project of Reggio was born in Reggio Emilia, a small city in northern Italy. In particular, the small village of Villa Cella in the province of Reggio Emilia is host to the first implementation of Reggio practices.

In 1945, at the end of the Second World War, a group of families from the Villa Cella territory founded the first preschool.

Villa Cella is of importance to the Reggio Philosophy as here the families of the territories began to literally build a new school for their children, brick by brick, whilst laying the foundations for a new philosophy of education.

Loris Malaguzzi, at the time a Psychologist and teacher, helped the families of the territory to develop the philosophy of the school and investigate several educational practices and ideas from different parts of the world, namely Maria Montessori, John Dewey, Jean Piaget, Vygotsky, Jerome Bruner, and others.

In 1971, after the establishment of the first project, several municipal schools began to follow, including the infant-toddler centers.

By 1980, a study group of educators, teachers, and professionals from different parts of the country gathered in Reggio Emilia to reflect on education. Towards the end of 1979 and the beginning of 1980, the newfound educational approach started to gain interest from several parts of Europe. By 1991, the ‘Newsweek’ newspaper defined Diana School as one of the best schools in the world. This created a heightened sense of interest around the Reggio Emilia Philosophy of Education from several parts of the world.

The Reggio Philosophy can be defined as a constructivist, child-center and evidence-based educational project. In this sense, it can be defined as changing and adapting everyday with the world and childhood that plays before it.

Within the Reggio Philosophy, educators are perceived as researchers, with the role of refining their practice through observation and projects, fueled by the research they do with the children. Furthermore, their practices are refined by both the influence they receive from the research surrounding  education and from childhoods around the world. The key to the Reggio Philosophy is its stance at bringing the outside world into the school – growing, developing and adapting alongside society as opposed to distancing itself from current inventions, technologies and findings.

When we talk about ‘Reggio Educational Project’, we refer not just to educational philosophy, but to a philosophy of life as well. if we are Reggio Inspired Educators or Reggio Inspired Parents or both, in order to be coherent – from our core reflected in all our single actions- we need to embrace a capable and competent image of the child, respect for each human being, their uniqueness, and a democratic openness to the dialogue that emerges from both collaboration and exchanges. As Reggio Inspired Educators we perceive knowledge as a social construct, from which descend a high value of both the sense of the larger community and of the group, as a system that produces new culture.

The Educational Model as we see in Reggio cannot be uprooted and implemented in other territories and cultures, as its blueprint is deeply intertwined with the culture of the territory where it was born.

In saying this, we believe that, as Reggio Inspired Educators it is of utmost importance to deeply garner the best practices of the Philosophy whilst understanding what is typical of the culture and territory from where it was born. From here, we can rethink, reapply and contextualize the philosophy into our specific context, always beginning first with reflecting on your image of the child within your specific culture and subculture.

(The personal experience of our Pedagogical Consultant, Ambra Lanzi )

I was born in 1979 in Reggio Emilia at the ‘Santa Maria’ Hospital from parents and generations native to the territory. I think my journey as a Reggio Inspired Educator began here. It began even before I was born, it began with my grandmother and her struggles during the second world war. It continued with my mother fighting for her rights as a woman to work and to have a high quality education for her daughter from an early age.

I believe each of these elements influenced my choices and brought me to where I am today. The territory in which I was born and raised, the political beliefs of my parents and grandparents, and my own personal experience as a child in a municipal school were all important elements of my inclination to become an educator, and without a doubt, a Reggio Inspired Educator.

I studied at the Matilde di Canossa teaching institute (an Institute which no longer exists). This choice wasn’t driven by a particular ‘vocation’ or suitability for teaching, but rather because, on a side, I was determined to continue my studies and needed a broad humanistic education to prepare me for university, and on the other side because my father insisted that I had to get a teaching diploma, in case I would ever give up on studying, which would have given me the opportunity to find a job right after the studies.

My working experience as Educator began in a small school in the province of Reggio Emilia, and it followed first in ‘ProgettInfanzia’, and then at ‘Bassa Reggiana Municipal Schools’ (at the time, between the two, I worked for a total of 9 years. I have been lucky enough to have had the opportunity to move from one school to another, changing colleagues and collecting different experiences in both Infant-Toddler Centers and Early Learning Centers. In addition, I learned to adapt and understand the differences from one center to the next, how the territory was influencing the identity of the center (all reflections that I just collected at the time and only became aware of later on).

The schools of Bassa Reggiana claim their own pedagogy and approach, that is extremely influenced by the territory – as you can see today, as result,  in the unique Italian experience of the school in the forest, floodplan in Brescello, and in structures like the Nido Iride in Guastalla.

When I began working, there wasn’t a manual to read that explained what was expected from you. I learned how to work just through the teachings of my older colleagues. At that time, myself and my younger colleagues learnt how to work through the ‘on-field’  experience, through the support, direction, trial and errors and the teaching of older colleagues. This means that, the experience of my colleagues made them collect and teach us what were, based on their collective opinion and researches, best practices: more suitable ways to document, respectful ways to talk to children, appropriate ways to use the materials and the environment… implicit rules underlying our operation. I never questioned or interrogated myself about it. We were meeting with our pedagogista sometimes, of course, to reflect on our image of the child, on the project, on specific topics, but this was the only way we were taught to work. I’m not even sure, if at the time, I was aware there were other realities in the world.

When I moved abroad I discovered that around the world, there were several Reggio Inspired Schools – more than I ever thought there would be. I went to work for one Reggio Inspired School in Vietnam and I realized how many different ways to work there were. I understood I had to recall all my experiences as an educator in order to revisit my practice and as well the theory behind that. What did I have to keep? What did I have to change in order to make room to welcome the new?

At first, with the nostalgic feeling of home, I thought everything had to be rebuilt in order to mirror my previous experience in Italy. I slowly realized, again and through amazing and patient colleagues, that we could, instead of rebuilding, rather focus on integrating several points of view that would reflect both the culture of the territory and the culture of the children,  families and the culture of the international team of educators, who worked in the school.

I started to study, I started to travel, visit and work in different schools, places and countries, to understand the meaning of ‘culture’ and how being Reggio Inspired can actually make room for the specific culture of the territory of where the school is situated.

I went back to study Reggio Philosophy, revisited my experience in Bassa Reggiana Schools, and learned to define the elements that define ‘culture’.

From different parts around the world, more places are asking us to recall the cultural heritage of the territory.

In a world that through the use of technological support is becoming more and more globalized, we are losing the beauty of cultural roots. There are no new surprising wonders when we travel, fewer cultural shocks.

I believe that place-based Education intertwined with Reggio Foundations can represent an answer.

A unique curriculum can be implemented in each specific context, able to merge Reggio’s elements with our identity and culture. In this way, in my opinion, Reggio Foundations can create a structure within to operate, while our culture can define our specific identity.

So when we say that there isn’t a guide on how to work in a Reggio Inspired way, I think that we mean that there are no written instructions, but there are specific values and frames of meaning from which are descending specific best practices with what we can operate.

And you? How do you make your culture visible in your school’s environment and practices?

The contribution from women to the birth of the Reggio Approach

Who is Loris Malaguzzi?